What Makes a Catchy Headline? 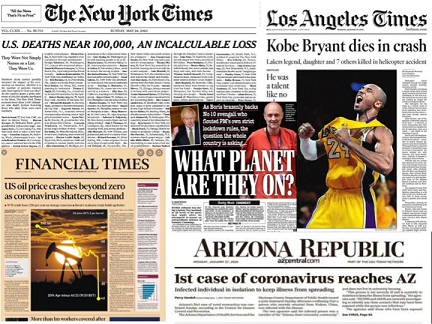 “I Look Forward to the Baby Is Not Mine.”

Does a good headline tell you its news content? We have heard the English idiom, popularized by Edwin Rolfe and Lester Fuller, “Never judge a book by its cover”, suggesting that you should not prejudge the worth or value of something by its outward appearance. In the case of a news report, and to answer the question, people will read further the news story based on its headline. Headline matters!

People no longer spend time to read the news. They would skim and skip reading news unless the headlines draw their attention. So, it is expected that headline tells the readers what the news story is about.

Traditionally, the headline is printed in large letters, placed at the top of the story. Its function is as the title of its story. With the competition going on between media, it is important that the headline is attention grabbing.

Put Your Creative Hat On and Create
There is a lot of creative thinking to be put before you decide on which headline works best for your news story.  Remember you want to affect your readers with your headline.

Whether you want to create a headline for either one: your press release, news story, a feature, even a short story, your headline should be catchy, attractive and attention grabbing. If the headline is poor, the article will not be read, an article that is not read does not sell, the readers will only skip and move on to the next article.

Let me go straight to the point, so here are some of the Do’s and Don’ts when you create a headline:

Just to get you back on track, crafting a catchy headline is an art, be creative, keep on practicing, write several different headlines and read them out loud, then decide which you think will work best for your article. Have fun!