The Power of Quotes in News Content – COVID-19 Version 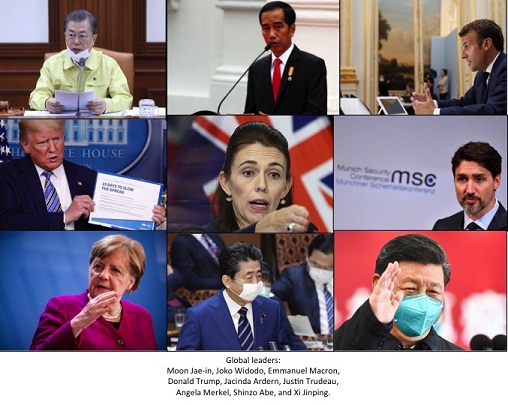 A quote in a news story is not an icing on the cake!

“It is better to lead from behind and to put others in front, especially when you celebrate victory when nice things occur. You take the front line when there is danger. Then people will appreciate your leadership.”   (Nelson Mandela)

A quote in news content is the essence in the cake!  Why? Like a gist, a quote adds credibility; as the story is ‘endorsed’, ‘acknowledged’,  ‘supported’, it ‘adds weight’, as well as it adds ‘life’ to the story. In a press release, a quote is second to the headline in terms of engaging people’s attention.

Before we go on, what is a quote by the way? Typically in a press release, it is a phrase, or a sentence from speech that someone has said or written.  Who says it?  It comes from a reliable source.  The person exists. It is not an imaginary quote coming from a robot.

Your company’s authorized spokesperson tells the reader how he/she feels about its news on behalf of the company.  In a press release, the quotes ideally should only be one or two sentences. The less number of quotes the better, and the more powerful it is.

In a quote, it should contain the key messages you want people to take away.  So pick and develop the sentences wisely for you to add weight to the news story. Like a sales pitch, a quote has a purpose to persuade people to take action.

A quote makes the news story as though it comes from an actual interview, not just a press release. You make your press release personal.

I would like to share with you some recent quotes I picked up from various global news channels during this COVID-19 pandemic.  My focus has been on the global leaders’ quotes whether they are convincing enough.

Different leaders have different leadership styles in communication during crisis, some can be reflected in their statements / quotes. One of their main jobs is to make the citizens remain calm and that the crisis is being tackled. Ensuring to say what the public needs to hear, and most of all to sincerely show empathy or concern for the people who suffer. Let’s take a look at their quotes + my brief comments:

“We must never lower our guard regarding epidemic prevention.”

“We cannot survive if we fail to turn this crisis into an opportunity.”

Comment: He shares his feelings of being seriously concerned, and warns his citizens to be fully on guard, if they want survive the crisis.  Firm and very convincing!

“Vaccine or no vaccine. We’re back.”

“We have hundreds of people a day pouring into the White House each day”, he said. “I think we’re doing a good job containing it.”

“We have a lot of people coming in and out”, he said. “We are running a country.”

Comment: He is being firm telling people to go on no matter what. In the other quotes, he praises his staff in the White House how they have worked hard to contain the coronavirus.  But, is that what his citizens want to hear from him during this crisis time?  Shouldn’t it be about the citizens instead?

“We can afford a bit of courage.” “But we have to watch that this thing does not slip out of our hands.” (On partial lifting of Germany’s weeks-long lockdown.)

“The first phase of the pandemic is behind us but we are still at the beginning and it will be with us for a long time,” she said.

Comment: I can see how firm she is in telling her citizens to be discipline and be careful at the same time. She is not promising that the crisis be over soon yet as there are phases to take. She is informative and realistic with the situation.

“I am optimistic that 2021 is our year of recovery and rebound. To this end, we should handle and recover from COVID-19 pandemic immediately.”

“We need to make an immediate move to save the entire nation.”

Comment: He knows that during a crisis, his citizens want to hear some positive notes from their leader, and that is exactly what he has done, giving an air of optimism.  At the same time he shows his concern and urges immediate recovery, but to whom? Who should make the immediate move? It needs to be more specific on who should take the actions in his statements.

“In two weeks, if the numbers continue to look good, we’ll look to increase that number considerably.”

“My goal is not to go back but to keep moving forward.”

“For the general public if you don’t wear them properly you might be in a position of more harm than good.”

Comment: One of my favorite global leaders! She takes it very personal, like she owns it, when it comes to crisis. Here she gives an update on the situation and at the same time she shares some optimism feelings too, plus showing her commitment to move forward. Her tone is soothing and convincing.

Comment: I added Jack Ma here amongst the global leaders, as he is one of the world’s top philanthropies who emerge during this pandemic time giving significant contribution to the needy parties. His statement is powerful, convincing as well as reassuring too.

“We can’t see our friends or go out drinking. However staying at home save lives and relieves the strain on healthcare professionals who are facing challenging circumstances.”

“Thanks to every single individuals for their cooperation.”

Comment: He urges his citizens to cooperate rather than giving instructions what they should do. The statement is not strong enough to make his people more discipline to stay at home. But perhaps in Japan there is no need to remind people to be discipline, as it is already in their nature to be discipline.

“Cultural venues must be brought back to life.” “Artists must be able to create again and to work together to reach audiences – even if, during this intermediary period, we’re going to have to rethink a new sort of relationship with audiences.”

“Let’s not be so naïve as to say it’s (China) been much better at handling this (coronavirus outbreak).”

“We don’t know. There are clearly things that have happened that we don’t know about.”

Comment: Here he shares what specific actions to take, changes to make. He shows his doubt on whether other country had handled well the outbreak. And so this statement has no purpose at all, because is not exactly what his citizens what to hear from their leader. It should be about the citizens’ safety.

“We need to make sure that we go progressively, and slowly and gradually on any reopening.”

Comment: Here he is urging what progresses need to be done and how. At the same time, being a human being, he admits he is worried. But is that necessary to tell his citizens about his being worried?

“Confronted with the grave situation of this accelerating spread of pneumonia from infections with the novel coronavirus, we must step up the centralized and united leadership under the party central.”

“We’re sure to be able to win in this battle to beat the epidemic through prevention and control.”

Comment: Here we can see he gives instructions on what steps to take, that all leaders to be centralized. For better control, I believe this should be the case when a country is faced an epidemic.  At the same time he is quite convincing to his citizens that in this war they must win by doing prevention and control. Very punchy and spot on messages!

Do’s and Don’ts When Developing Quotes

Learning from the above examples of actual quotes, here are some tips or checklist to help you develop quotes during crisis time either for a speech or for a press release:

To conclude, in a crisis situation, I suggest leaders or authorized spokespersons to give quotes that have meaningful content, with a tone of power in order to convince and to persuade the people. Make them understand the difficult situation we face now, and invite them to take some ownership of the problem. So that they become a part of the solution, not be a part of the problem.

(by Ida Bayuni, Public Relations practitioner at bw communications – based in Jakarta)